Horse: BANAMINE Injectable Solution is recommended for the alleviation of inflammation and pain associated with musculoskeletal disorders in the horse. It is also recommended for the alleviation of visceral pain associated with colic in the horse.
(Parvo is every breeders nightmare and in April of 2017 we were struck with it by a puppy that had been returned after only 24 hours in his new home. The first big lesson there is to ALWAYS quarantine and puppy that is returned for at least 3 weeks!

The first puppy presented with lethargy and a 104 fever. It was late as night so we kept his fever down overnight and took him in first thing Monday morning where he tested positive for parvo. He went down very fast so our vet put an iv in and we brought him home to doctor him. Two weeks later we had 3 more puppies break with it. The other 4 puppies never contracted it. We did have one that got a positive on the test but never exhibited any signs. Ten days after the first puppy was diagnosed we took him back for what I thought was his last trip. He was like a Zombie. He just stared into space and drooled with his head slightly swaying. He was still running a high fever and I asked my vet for something to bring it down. He gave him a shot a banamine and we went home. By the time we got home fifteen minutes later the puppy was drinking water and eating for the first time in 1.5 weeks. The banamine was a lifesaver. It is used to relieve the gut pain in colicky horses and definately helped my puppies. I had another vet insist that it should not be given to dogs because it causes ulcer but I figure better an ulcer than a puppy dead by parvo. Below are the other medicines we used that I feel were effective.

We were using 2-3 bags of Lactated Ringers per puppy a day.
They were getting Banamine (more info)twice a day and Cerenia injectionable shots once a day

We gave Tamiflu orally twice a day and Penicillin shots once a day. I personally do not feel the Tamiflu did anything to help. It may be that we started it too late as I had to really argue with my vet for the script but if I had to do over again I would not use it. It was very expensive and I did not see any any improvement once we started it.

We diffused EssentialOils 24/7 to help with nausea. We also used Thieves spray on bandages to keep the naughty ones from chewing them.

I used the 24 inch heavy duty ex-pen panels to create little pens for each puppy. I had a ring side table set up to hang IV bags or had them hanging on the wall. We used over 100 puppy pads a day trying to keep them clean. They were throwing up every 30 minutes and having bloody diarrhea every hour. The little pen made it easy to walk in between them and doctor each puppy. It was 4 weeks of hell but every puppy survived and found fabulous homes. I kept them until 30 days after they recovered and retested all for parvo to make sure they were not still shedding the virus before placing.

Make sure you take care of any healthy puppies before you doctor your sick ones. I bought shoe covers and we used a new one each time we went into the "hospital ward." We sanitized our hands after touching each puppy. After doctoring puppies make sure to change your clothes and wash hands thoroughly. I kept the puppies in the same room until they were too wild to do so. At that point we moved them outside but put up barricades around the area. We picked up and bagged the poop daily to reduce the risk of flies spreading the virus and we sprayed the yard down nightly with Wysiwash.

After much research I purchased a WYSIWASH System to spray my yard with. It kills parvo and other virus's on contact and will penetrate fecal matter unlike bleach. It is also safe for septic tanks and is super easy to apply.
My vet sold us a bottle of Rescue Accel and that is what we use in the house for mopping and to clean dog kennels. It is an accelerated peroxide and needs to sit for a while to be effective. I was told by a trusted rescue friend that some vets are using the Rescue to wash parvo puppies in to remove the virus.

Using these two products I have had many litters after this and not had any issues with Parvo. 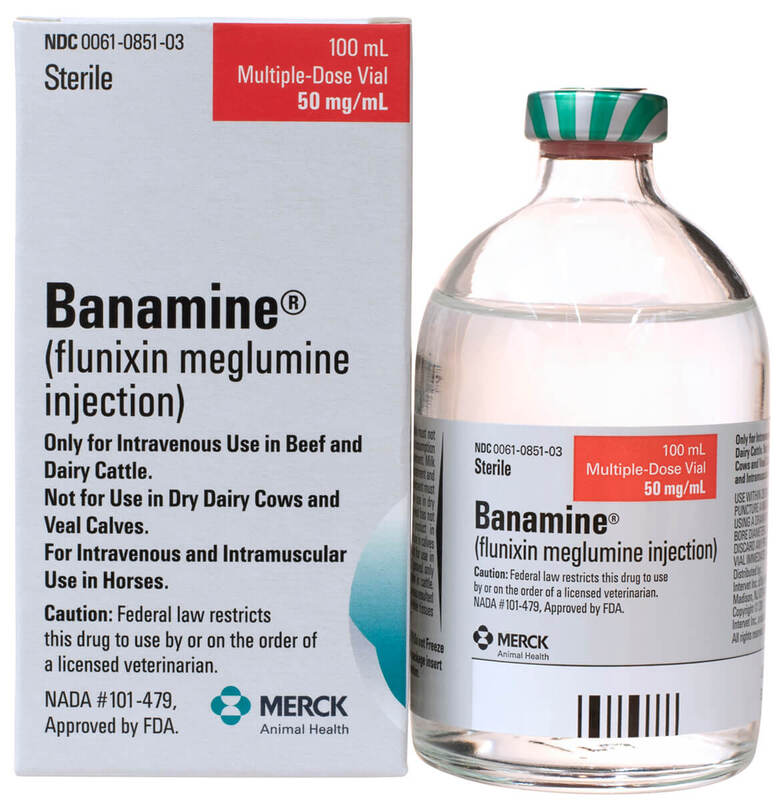 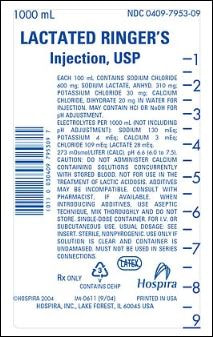 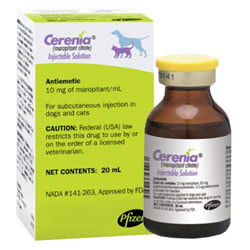 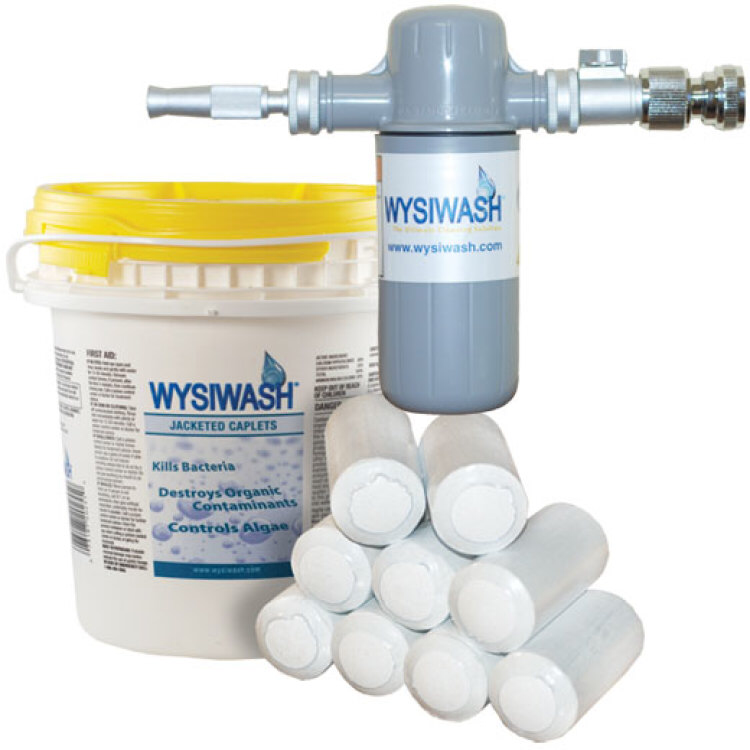 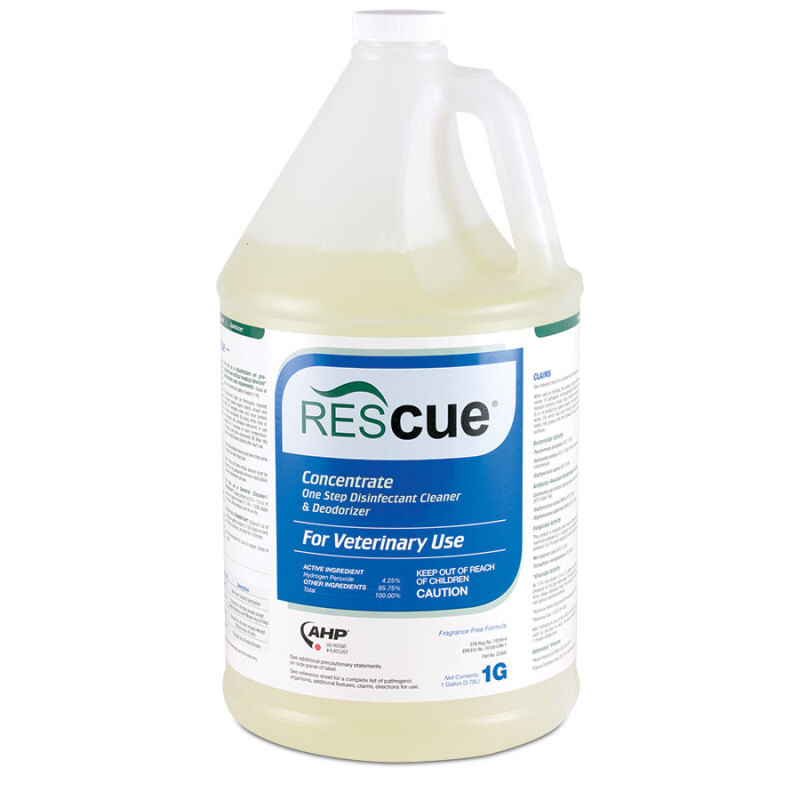 Isolate – If you have an area to isolate a sick puppy, do so. If not, do not move healthy animals around the kennel or to another kennel. You will just spread the disease. Try and isolate to just the building where it started.

Take Care of Healthy Puppies First – Then move to the sick ones. Do not go back to the healthy puppies without strict disinfection, and if Parvo is the issue, change clothes. Removing coveralls after care and washing your hands will go a long way in stopping the spread of disease. Hand disinfectants take too long – don't rely on just them. Be certain you're using a penetrating disinfectant to kill Parvovirus. Bleach won't cut it in an outbreak! Virkon spray and shoe bath is good.

Booster – Give a Parvo-only vaccine immediately to every puppy over four weeks and booster every two weeks.

Give Electrolytes – All kennel puppies go on electrolytes in water. You want to hydrate any puppy thinking of getting sick. Re-Sorb® in one gallon of water is economical to use. Always keep Re-Sorb® packets in your kennel to use when needed.

Fluids save the puppy from death. Parvo puppies do not drink and are losing liquid from the diarrhea and vomiting. Without injectable fluids, they will die. We like saline and it is available in 500 cc bottles. You have to give SQ fluids at least, but IP or IV fluids are faster and better. Ask and we can explain the technique.
Start with five cc/lb shock dose of fluids to catch them up. Then follow with five cc/lb, twice a day, plus add what is lost in vomiting and diarrhea. Two Tbsp of diarrhea is 30 cc of fluid. You can add antibiotics (Tylan® 100 mg/500 cc), but don't pill a nauseated puppy.

Reglan – script product – stops the vomiting or use one of the many others. Your veterinarian can help you. Reglan 0.5 mg/lb, every eight hours is the dose we try and get in. Reglan is effective, but one cc in 500 cc saline usually does it. Injectable is currently difficult to get.

Parvo in dogs is very easy to treat.  You need to get them before they are moribund.
Weigh the dog in pounds.
Give IV fluids — 100 cc per lb per day plus the estimated amount of fluid lost in vomiting and diarrhea.  Must be IV.  Lots.  Keep it going.

Now you need antibiotics.  Again I like Pen-G and Baytril.  In this case Baytril and not Chloromycetin because you are only going to be treating for a very short period of time.  4 days maybe.

Then you need to sterilize the gut.  I  really liked Pectolyn/Tylan in large doses.  5 to 10  cc  per 10 pounds three time daily. (15 grams Tylan powder to 8 oz of pecto).
​Then the magic of medicine.

Note from J.D. Ward: You can make Tamiflu sugar suspension using capsules or have your vet call in Tamiflu suspension for small dogs.  75 lbs can take a capsule/capsules come in sets of ten usually for $100 or so.  So, for instance, if you have a 75 mg capsule of Tamiflu, mix 25 ml water and 12.5 ml clear Karo syrup then mix in the capsule powder.  Each ML will give 2 ml of Tamiflu so a 10 lb dog would need 5 mls of the mix; a 20 lb dog would need 10 mls. Keep in refrigerator and swirl each time to mix suspension up again then draw dose.  After seven days, throw out leftovers–even if made by pharmacy–so don’t make up too much at one time.  (Tamiflu powder is very, very bitter so the Karo sugar syrup makes it easier to consume but expect a little resistance. If suspension is ordered through the pharmacy, you can ask for chicken or beef flavoring to be added.)

Usually you can stop the worst symptoms in about 48 hours.    I would treat these cases for 4 days anyway.   Home on antibiotics and Pectolyn/Tylan for at least 1 week.The antibody to gm negative serum  which is pushed is useless.  Serum from recovered dogs does NOT work.  NDV induced serum is totally useless at any amount.  There are other techniques I have heard about mostly Holistic and useless in the treating of this disease.   My other wonder about this disease is that a dog place in a kennel with Parvo does not seem to pass this virus on to other animals as a fomite.* Need to have access to the stool.
All variations on the parvovirus respond to the above treatment.
​
The problem out in the field now is that there is a new parvo.  Parvo 2C.  Most vaccines only cover for Parvo 2A and 2B. 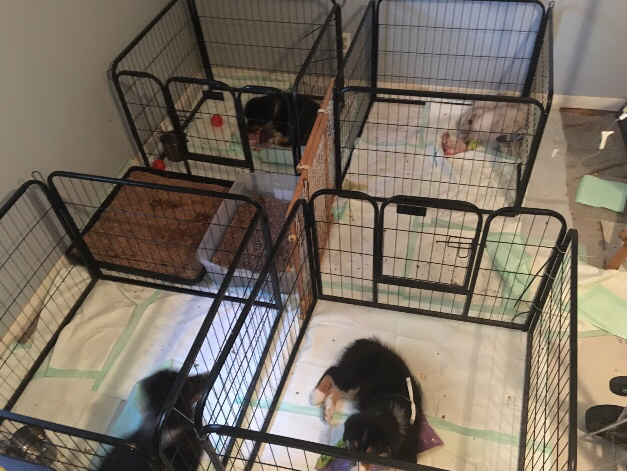 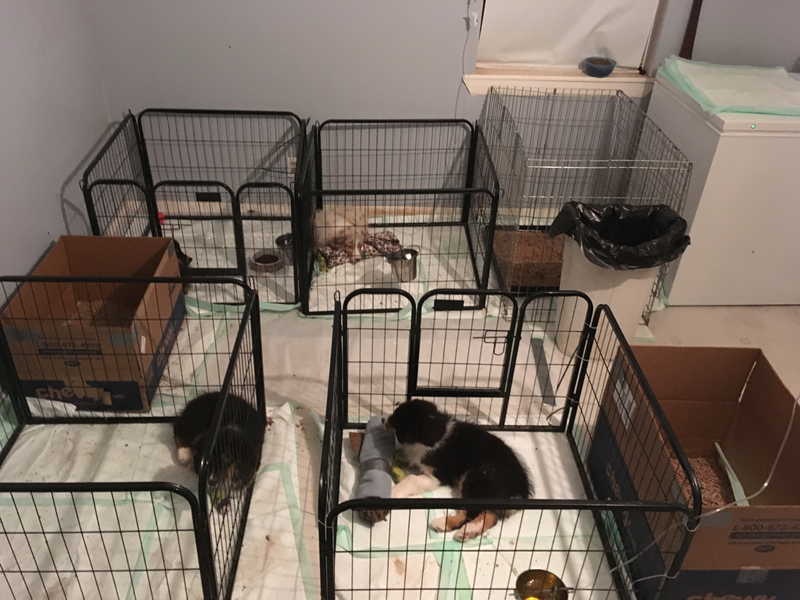 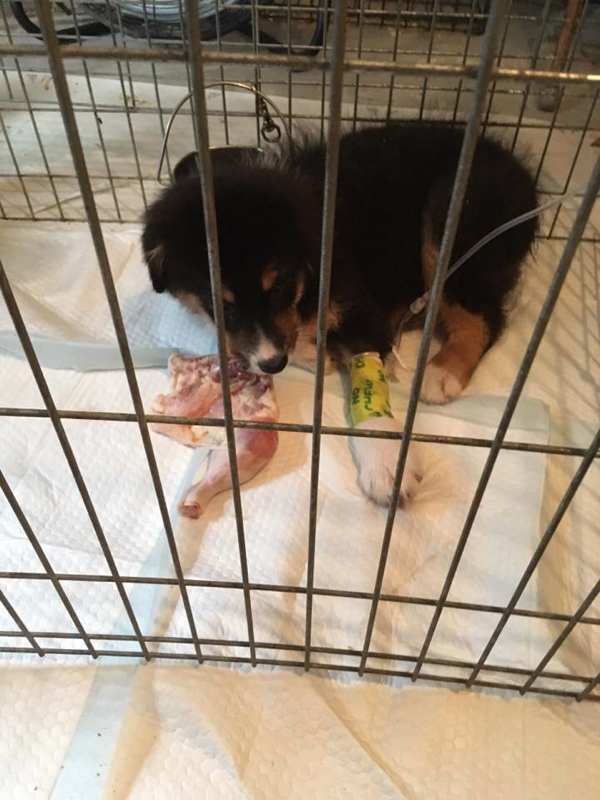 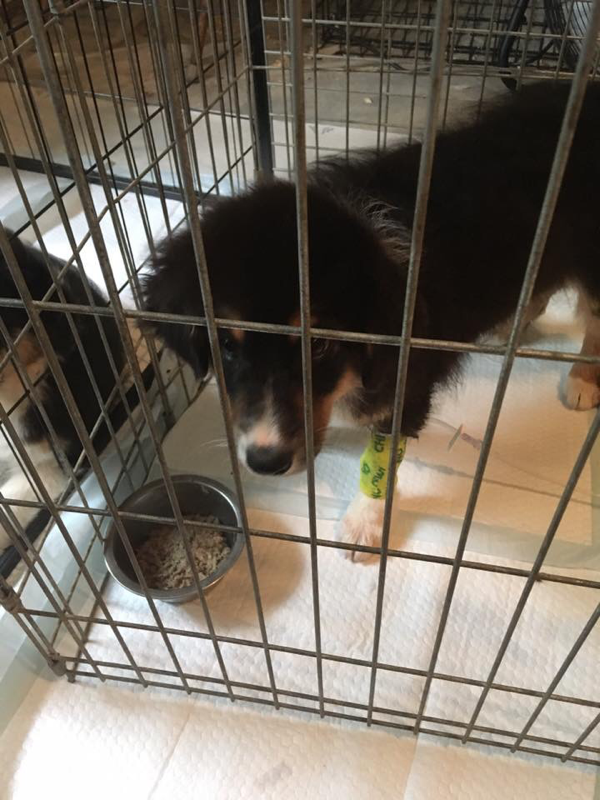 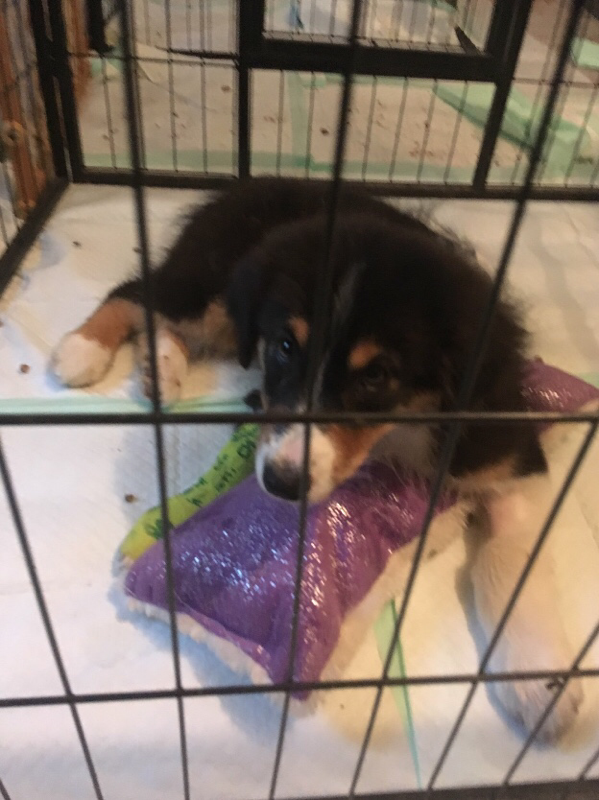 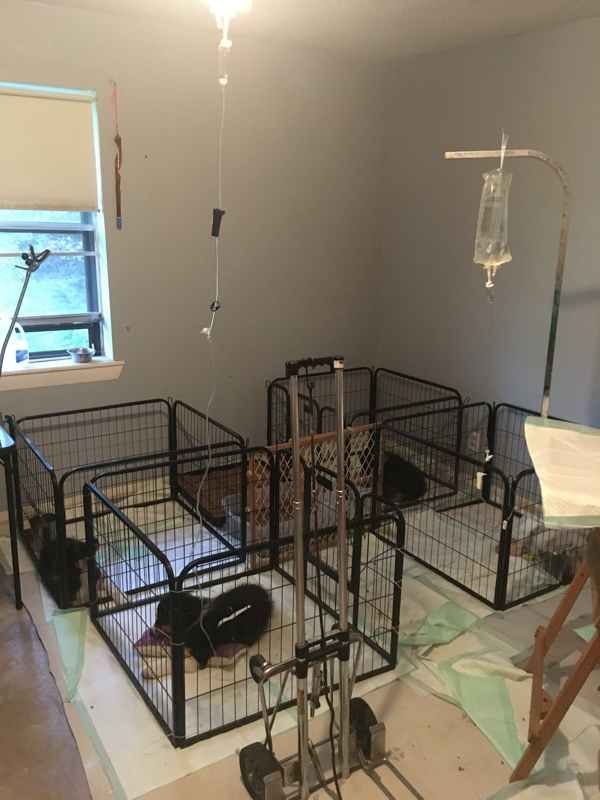 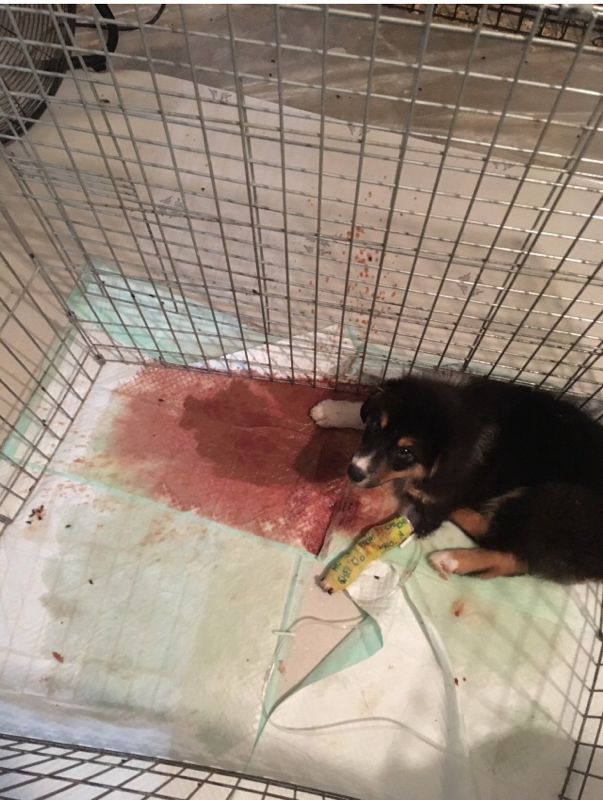 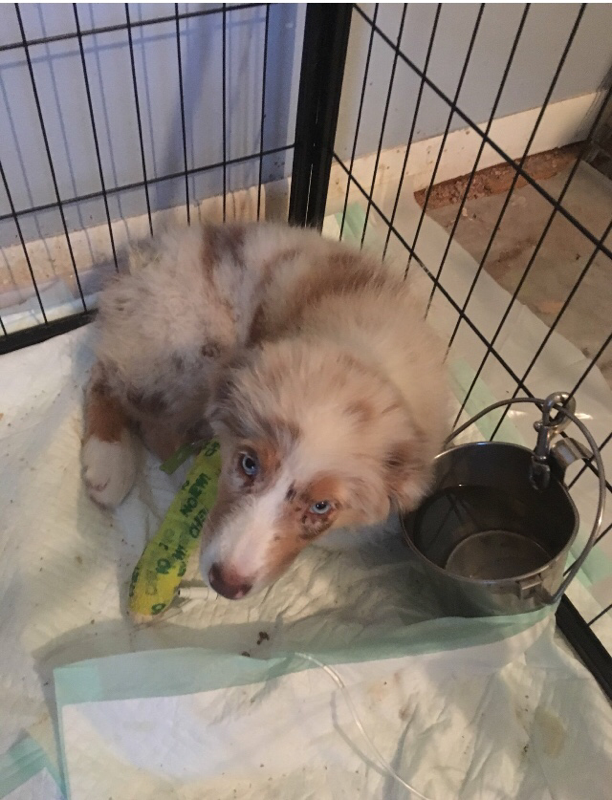