Ivy is an outstanding girl with her own fan club. She is just so sweet that everyone falls in love with her. She has been a pleasure to show and live with. Ivy was shown by her breeders Terry & Hope in AKC and earned all of her Championship points from the Bred-By class. She was shown to UKC Championship by Mandy and we all got points on her in ASCA. Now that she has earned all her Championships she will go on to performance events! She has produced been and amazing producer for us. So far she has (4) ASCA champions with 1 who need 4 points, 1 AKC Champion with 5 who are pointed, (3) UKC Champions and (1) UKC Grand Champion.

Ivy is retired from breeding. She has been a phenomenal producer for us. 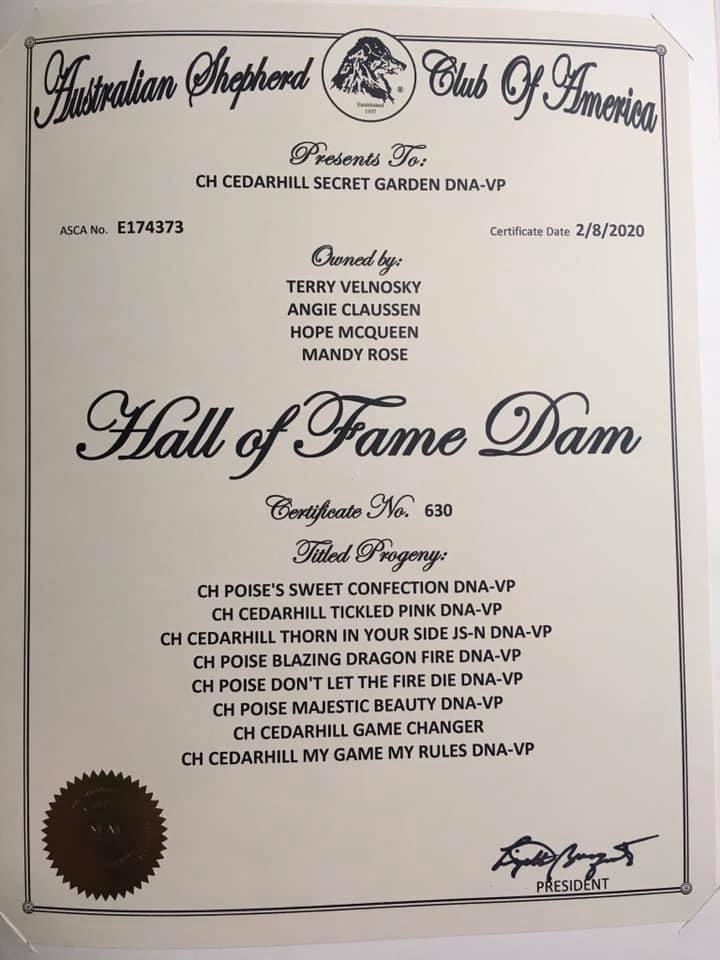 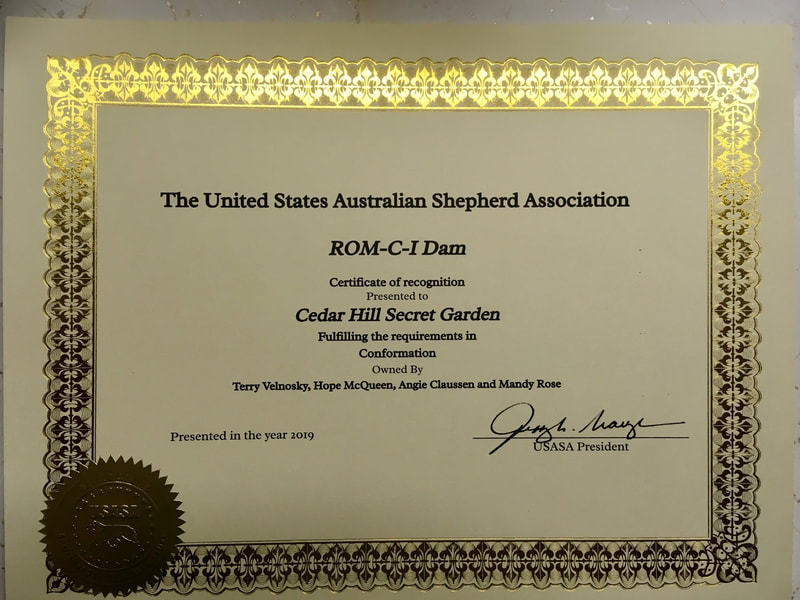